Progress has been decently good lately! I feel like I had a few weeks there where I just got caught up in other stuff or it was just plain too hot to really work on projects. This last weekend though I made what I feel is a fairly significant milestone in 818C History. 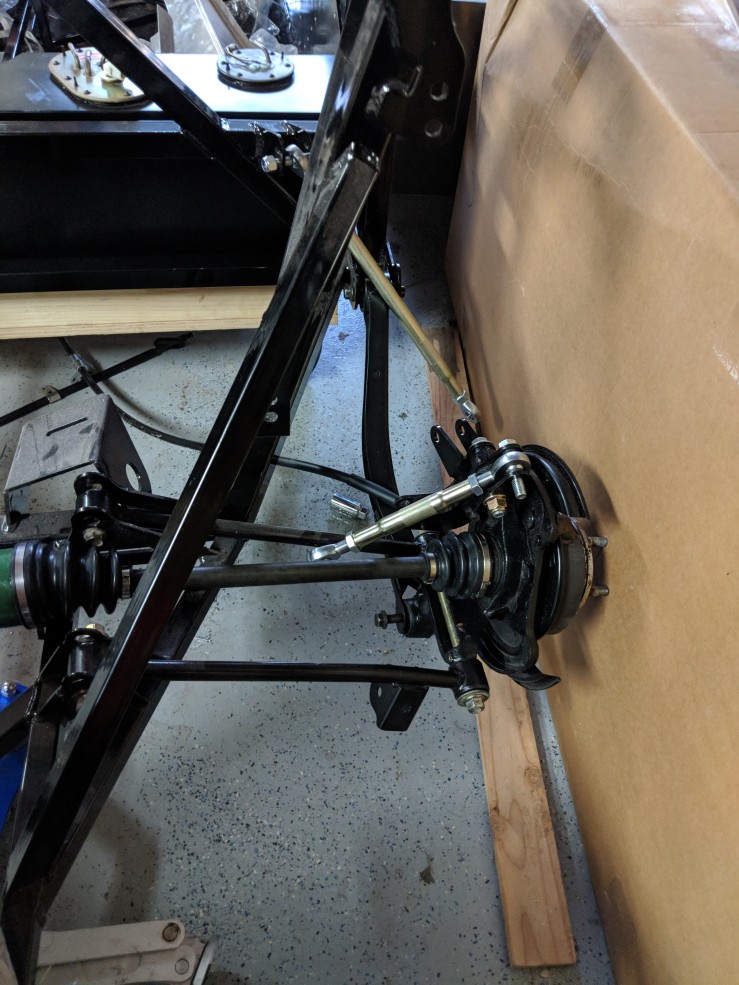 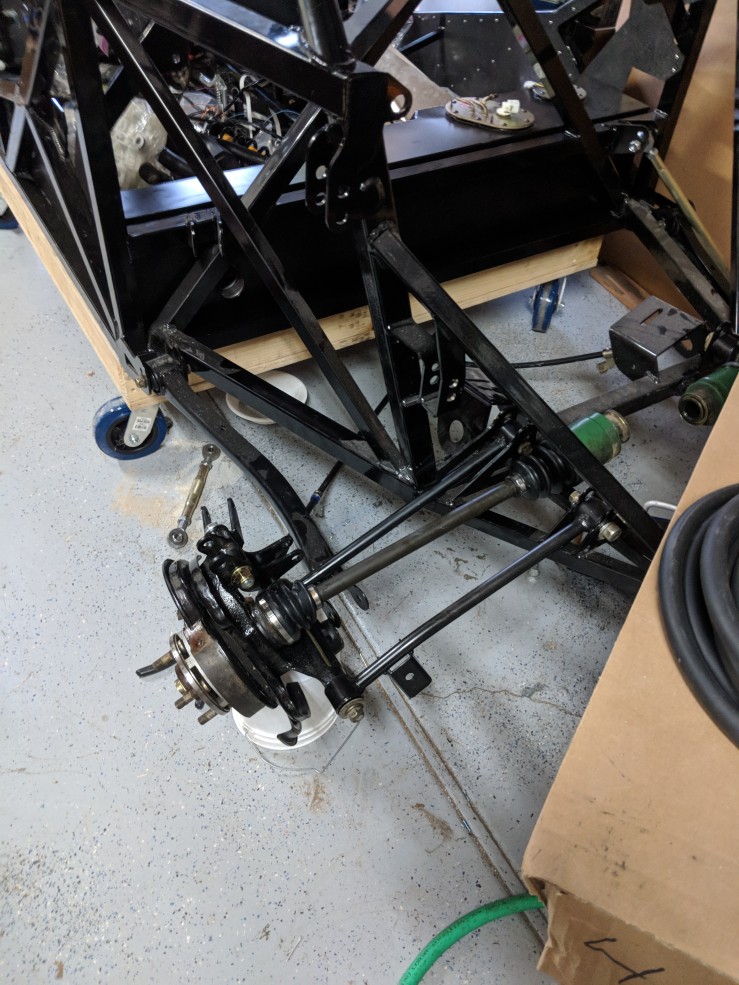 I managed a couple of things. 1. Completely assembled the new half shafts and CV Joints. A. reassembled the rear drum emergency brakes (and cleaned them up a bit). I. Got the rear hubs on the car! Very excited about all of those items. Still need a bit of work before the rear suspension is really ready, but it’s just nice to have another chunk on the car and more stuff off my workbench. I’ve been sorely tempted to buy new discs, pads, caliper rebuild etc just so the brake calipers are on the car. We’ll see. Maybe once the rear suspension is fully in place.

In Engine news I found the stays for the intercooler! That’s very exciting news I thought I’d have to spend more for those. I’m still missing a handful of vacuum lines and there’s plenty of open questions on how the turbo connects up/oil lines etc….More research needs doing.

In fishy related news. I’m really happy with my tiny 6 gallon reef tank! I think I’ll have to rearrange things soon because a lot of it’s really growing well. I just have to change about half the water weekly and it just seems to be thriving! We had a little bit of a rough patch when one week we didn’t keep AC on in the living room and I think it overheated, but other than that it’s really started the thrive. In particular the Xenia’s growing well, it suffered after the heat wave. The hammer coral seems darn near impervious, and even a first for me the birdsnest coral an SPS is just growing like a champ! Even the Montipora is growing slowly though it’s starting to shade the hammer coral.

Also our one fish a flame tail blenny is doing great. No signs of problems, he’s eating without any issue and even identifies when food is coming which is pretty fun. 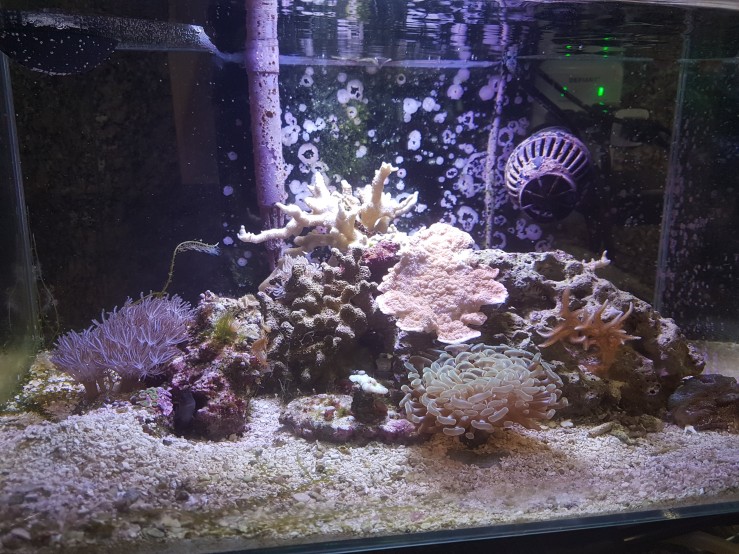 My only real complaint is that it is darn hard to scrape the back of the tank. I’ve got it better looking than it is in the picture, but there’s just a lot of stuff in the way.

The pups are doing great as well… Very obedient dogs just as long as you have a treat in hand. 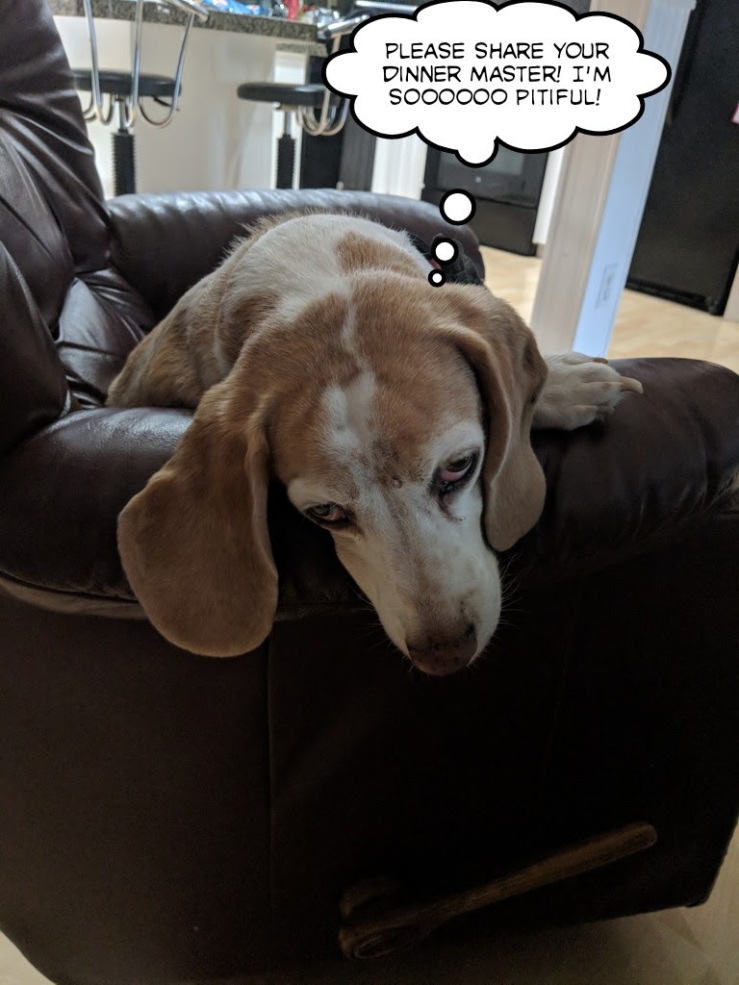