Wow I’ve been slacking on writing stuff! On the plus side I haven’t been slacking on doing stuff! I think probably the biggest change lately is my new obsession with VR and VR kit. I picked up a used HTC Vive and I was instantly hooked. In fact, within a couple of weeks the obsession started taking a darker turn:

VR Racing with a wheel, clutch, shifter… oh it’s so good. It’s like you’re there, you can look through the corner just like you would on the track, and honestly it feels nearly as mentally fatiguing. You don’t quite get the same ‘fear’ moments of approaching a corner too fast, but it’s really really good. Thing is after playing a racing game in VR you can’t really come back.

Then of course I heard about VRWalkInPlace, so I had to get a pair of Vive Trackers. There’s nothing quite like physically moving your feet to get somewhere in Skyrim or Fallout. Also, Skyrim is just a pretty place to walk around… plus you can shoot lighting from your hands. The one concession I have made though, almost always use console commands. You can only play for an hour or so without your neck starting to hurt a bit, so I’m not about to backtrack a long way after getting killed in the game.

Then…there’s today… when this lovely object showed up on craigslist listed at $700 (cheapest I’ve been able to find online has been around 2500!) And… now I have a VR Treadmill. It’s completely ridiculous, but it is really entertaining. That said, I can see why Virtuix started running into trouble. This thing is built very stout and has some really expensive bits of machining and plastic injection molding in it. I mean the dome at the bottom that you walk on is a single piece… that’s gotta’ be ~$100k mold at a guess. Looks glass filled too so that’ll just add more plus the bonus of added tool wear. I’m not saying it’s over built. Seems built appropriately and very nicely, but their kickstarter goal of $700 was a bit on the crazy side. I’d bet this thing cost more than $700 in material and that’s not counting the electronics that act similar to the Vive trackers! Here’s a gallery of expensive cast, machined, and otherwise seemingly expensive parts. 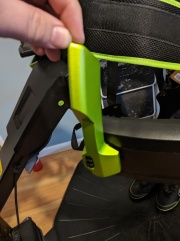 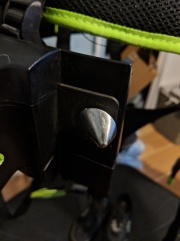 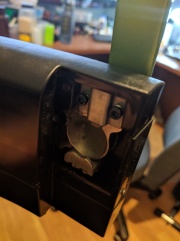 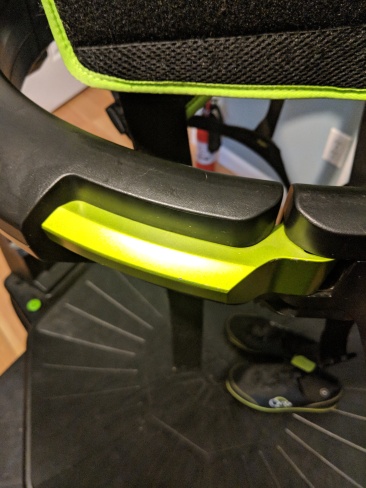 And the guy had an extra harness and extra pair of shoes, so that adds some good versatility.

Of course it wouldn’t be a post of mine without car updates:

The transmission is so close to being in there! Something’s still holding it up. My suspicion is I have the incorrect pilot bearing, as it came installed on the flywheel and per the manufacturer it wasn’t supposed to be on there. So I’ll have to look into that. Not pictured, but I’ve started installing the harness as well. It’s been really nice to get that off the garage floor and into the car, but I can tell it’s going to be a bear to get this thing to any semblance of organized.

Also managed to source a pair of pretty good shape leather BMW seats. BMW became my seat of choice after I realized that WRX/Subaru seats are installed over a support beam, so the bolt for the seats actually approach at ~45° angle… So the 818’s solution was to remove the seat tracks and bolt them directly, well… I would like my wife to be able to drive it. So the next best thing, BMW seats have a flat seat track and they’re fairly low to the ground. Perfect! And I managed to sell my WRX seats for about half what I bought the BMW seats for (picknpull) 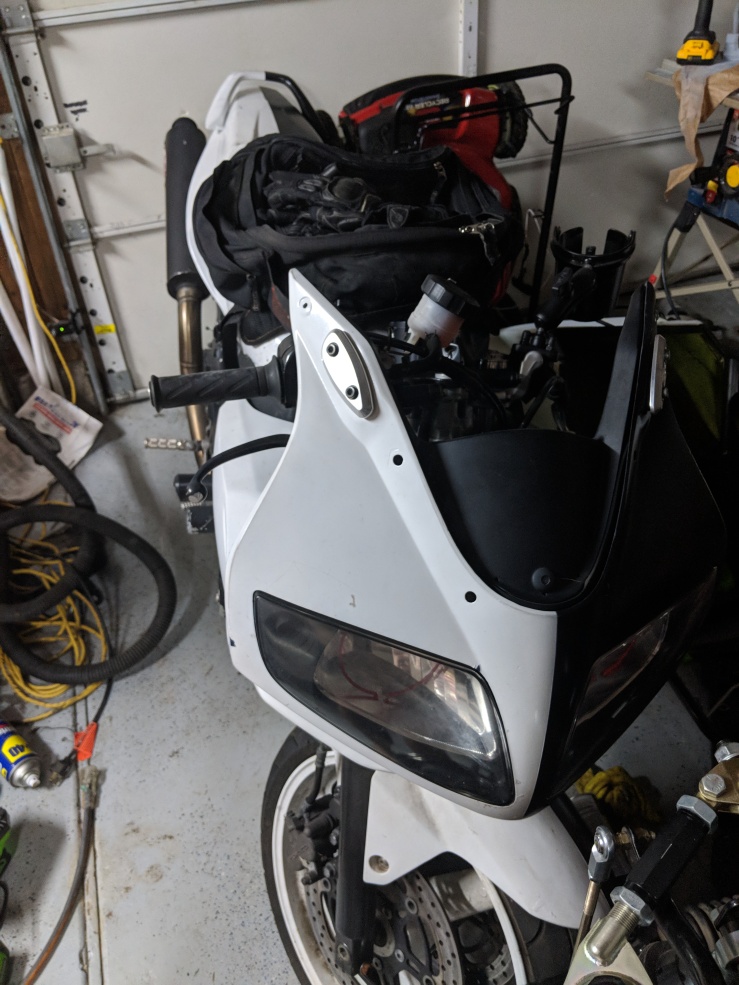 And I got my SV650 back up and running. We’ve had some very nice sunny days lately and it’s been good to get back on the bike after probably well over a year or more. I’d forgotten how much fun it is… I’d also forgotten that it uses a bunch of muscles that I don’t use on a regular basis, so after a couple days (and a couple days with a lot of manual labor at work) I am SORE… it’s a good sore though… I’ll go work it off on the treadmill. 😀