We find a smaller group of our intrepid ‘heroes’ out and about today. Having spent the night sleeping and/or drinking off the adrenaline from the recent train heist on the Combined Army the very soberist of our group, ever so delicately clambered into the pilots seat of the as yet unnamed prospecting ship. Ken took the pilot’s chair while alternately preening himself and polishing his motorcycle (which took up the co-pilot’s seat). 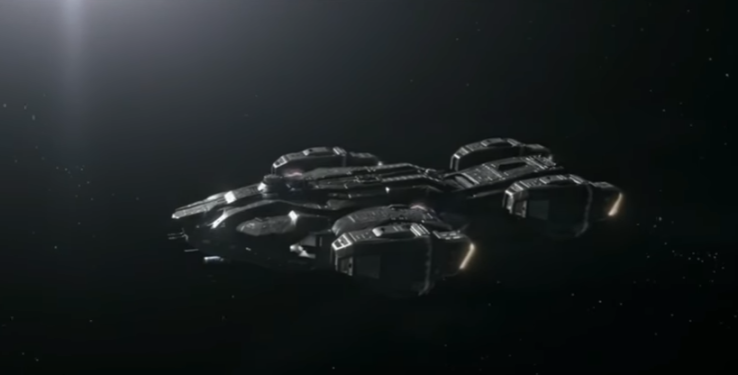 As they approach the Naifa Al-Jamaal Caravansary in orbit above Paradiso, they are hailed by the station control. I’ll try to repeat this as best I remember it…

Control: “Unidentified vessel. Please state your designation and your business.”

Control: “Okay… I have your designation on my scope here…just… We welcome business here at the Caravansery…”

Sayid: “Oh no, that wasn’t us. That was definitely the previous owner”

Control: “No it says right here…” Sayid rolls and persuades him that they’re ever so innocent and would never “fire full engines recklessly near civilians”

“Well okay. You’re cleared for landing, just be very careful on approach please! Then I can give you a good review.”

Ken, in spite of the fact that he’d spent most of the docking procedure looking in a mirror, managed to dock the ship without incident! 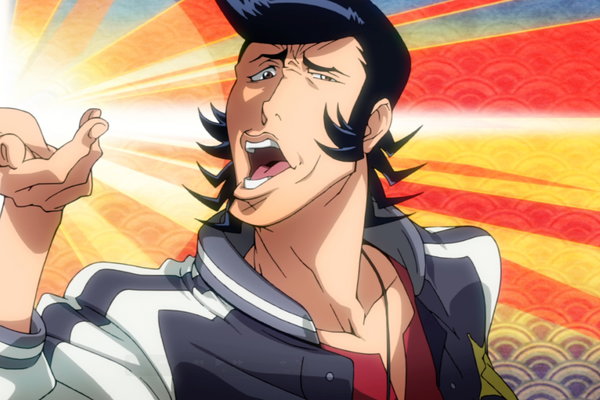 As they dock on the station, the team is flooded with all the messages they had missed while living out in the jungles of Paradiso…in fact a few of them get SECRET MESSAGES! these messages may be job or objective related, so I can’t tell much more than what the whole party heard.

this is a fairly small station built into a relatively small asteroid and spun up. The interior of the station is cylindrical and looks much like a small town with one and two story buildings. Jutting from the centerpoint of the station is the docking area and in zero G the team exits their ship and meets Selim the friendly station AI. Selim informs them of station security requirements, including the requirement that ballistic weapons are not allowed aboard the station. After a bit of coaxing and only a tiny bit of implied threats of Jannisaries, the team leaves their heavy weapons aboard the ship. Sufficing with three stun pistols distributed to Tkazi, Sayid, and Ken. Plus of course Shadow the dogwarrior and Kirk “Survive” Lazarus kept their melee weapons just in case of trouble. 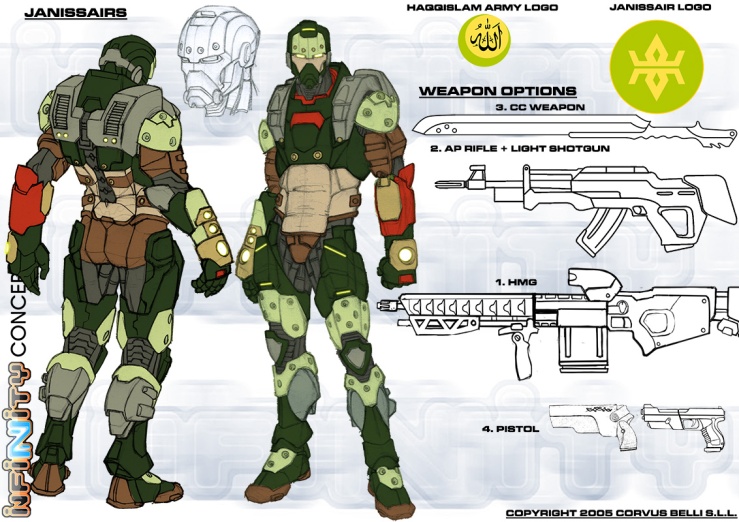 The team first looked to rearm and reload. A few had already purchased some reloads for their weapons, but additionally the team secured spare parts to repair the fault on the ship that occurred during the last mission, as well as reloading the mining HRMCs aboard the ship. Sayid then did a bit of a disappearing act. He knew something the team didn’t know.

Then the team got a look at the mission board. As they enter the bar and take a look at the mission board Tkazi takes a good look around the bar. Over in the corner in a bit of a VIP alcove he spies a man with a build very similar to Shadow, plus what looks like a handful of flunkies. The man looks very familiar, maybe famous, and has a bunch of gold chains. First up though, Ken distributed his secret message to the rest of the team:

Your old friend…well not a friend, but a friendly rival, Miyoshi Nanami, appears on the screen. It must be 5 years or more since you’ve last seen her. She has a new scar that splits her right eyebrow.

“Ken! Long time no talk. Are you still racing? Bet your slower than ever! I’m on Bakunin doing a security job. Pretty lucrative, but the boss’ also a racing fanatic! You’d like it. Very technical tracks on the ship, probably more than you and your shiny bike can handle! Anyway, if you’re near Bakunin come by. We can make some bets and I’ll win them like usual”

She gives a smirk that’s half a laugh and half predatory, then signs out with her signature blow of a kiss…followed by a middle finger… 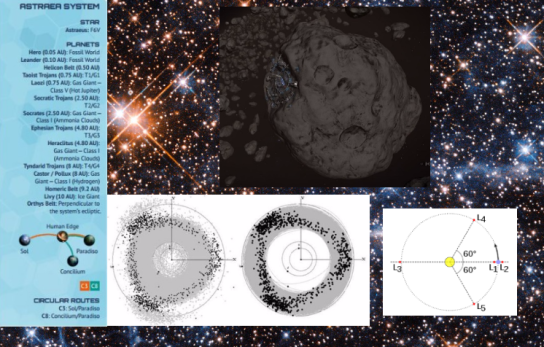 The second job they see is downright bizarre. It’s a job aboard the Nomad ship Bakunin to open a safe. The thing is the job is sent openly, but almost written like a letter to a friend. It reads:

“Dear Whoever reads this,

So that job is slightly terrifying, and yet very intriguing. Almost as though it was written in the digital version of crayon.

Shortly after this Sayid rejoins the group. He came back from the bazaar area of the station with this lovely (tacky) golden lamp that he claimed was for his grandma. Ken and Tkazi very quickly sussed out that he was lying to them and that he had more than he let on…Shadow, then took it upon himself to shatter the lamp because it looked ugly. Sayid finally came around a bit and admitted that he had a job as well. It was a minor administrator on Bourak who had been accused of doing some awful stuff. They only needed to slightly depose him from power…that’s all…nothing major…Just some easy assets doing some kingmaking.

Around this time Kirk Lazarus shared his private message as well. A message from his old buddy…Tugg Speedman!

“Kirk! How’s it going buddy? Long time no talk. I long for your touch… Hah! Just kidding. Unless you’re into that sort of thing. Anyway, I could use your help. I just arrived on Svalarheima and I’ve got a pretty badass job that could use your skills to survive. Give me a ring back if you can make it out. I’ll probably be setting up for this job for the next couple weeks, because when Tugg Speedman’s out on the ice, you can bet it’ll be a scorcher”

and the video message cuts… 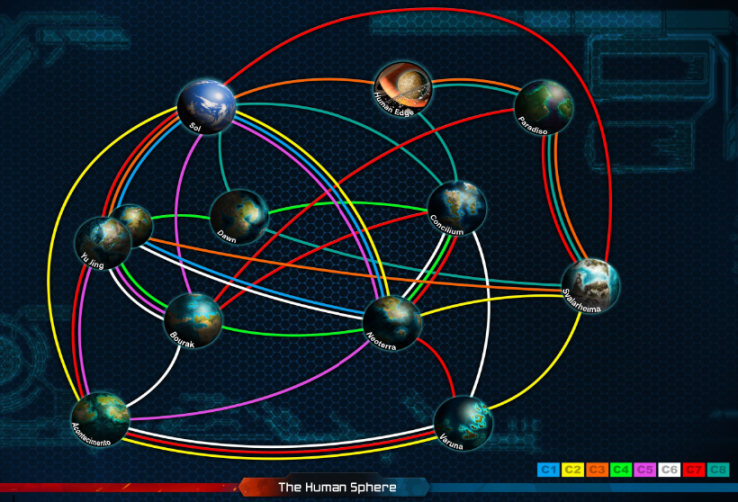 So the party is faced now with 4 missions.

The team decided to gear up for Bakunin, but as they were getting ready to head back to the ship a meaty hand claps on shadow’s shoulder.

“You’re from Ariadna aren’t you!” The man in gold chains says. As he does this, both Sayid and Tkazi spool up their cameras…they know when two dogwarriors are picking a fight! Meanwhile Kirk Lazarus somehow finds a big bag of popcorn, because he can’t wait to see the show.

There’s a bit of a back and forth argument between this, clearly drunk, former Dog Bowl player and Russian and the very Caledonian Shadow. They trade a few comments about their homeland’s back and forth. Then Shadow finally makes a comment that pisses off the former dog bowl player and he takes a swing. Shadow manages to duck it and waits to retaliate. The dog bowl guy’s lackeys are a bit stunned that their boss just picked a fight, so the PCs have a round of attack…and immediately Kirk Lazarus whips out his sword, screams “SURVIVE!,” and slashes a massive gouge into the former Dog Bowl player, causing him to be enraged and switch to dog warrior! That, of course, had the bartender hit the alarm for station security. Meanwhile, Ken intimidates one of the Russian’s posse into not moving a muscle, Tkazi and Sayid both pull stun pistols and KO one of the mooks, staggering the second. Shadow fights last, and the dog warrior fails to defend, but he’s got a lot of soak, so no damage comes through. Then it’s the posse’s turn. They only have two guys active, one takes a swing at Kirk Lazarus and misses completely, the second spends a heat to go while staggered, and pulls out a big wrench delivering a heavy blow to Shadow’s right arm dealing a wound! Shadow decides to resist going Dog Warrior, and manages to stay calm… he wants to kick these guys asses as human!

Round 2…FIGHT! The Russian Dog Warrior kicks things off spending a heat to go first and with a mighty roar, gets deflected completely by Shadow. One of his posse manages to connect though and mashes Shadow’s left arm with his wrench. Ken then takes a shot at the guy he had held hostage and immediately KOs him with a stun pistol at point blank range. Tkazi takes another stun pistol shot and staggers some of the posse members for multiple rounds, but unfortunately doesn’t get much damage past their soak. Kirk decides attacking with a sword is a bit too dangerous for this particular bar fight, and lands a solid thump in the stomach that takes the Dog Warrior out of the game. Finally, Sayid uses his stun pistol to intimidate the remaining upright posse member. In fact he rolls well enough that he does a psywar wound (Metanoia)… picking the wound effect, he chose that the guy shits himself…which we all took to mean Sayid walked up to the guy shoved the stun pistol in his face and ordered him with VERY specific instructions!

That had us all cracked up for a while, but the guy ran off and his staggered friend just kind of slumped to the floor dazed and deeply confused about what just happened.

Just then station security arrives… Two Jannisary link teams each led by a Khawarij… Kirk, Shadow, and Ken all attempt to blend back into the crowd and hide. Ken ends up failing his check and backing right into a pillar, and Kirk whispers ‘survive’ creepily as he passes Ken and blends into the crowd with shadow. Sayid holds up his fake O-12 ID while both Ken and Tkazi put their hands up and surrender to station security.

Sayid and Tkazi both submit their video recordings of the altercation and do some good work convincing the Khawarij that they were trying to de-escalate the situation. Of course when he comes the part of the video where Sayid is literally gun to his head ordering a man to shit his pants, it does raise some questions. The Khawarij releases them, but promises to send in a report to O-12 about his questionable methods of ‘de-escalation.’ Unfortunately for him, he just has Sayid’s fake O-12 credentials. 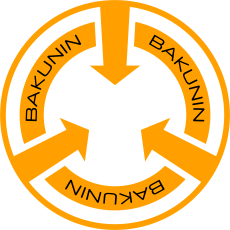 The team meets back up at the ship to where they formally decide they’re headed to Bakunin next. As they prep for departure from the station, Sayid gets to work analyzing the weird job, and manages to roll a complication! He does manage to analyze the message and extracts a packet of information on the job. The ‘safe’ mentioned in the job is actually a vault, but Tkazi, being part of Submondo knows that it’s part of a minor cartel’s operation. Probably a front company with a vault inside. So the weirdly messaged job appears to be asking them to run a bank job. It also mentions that basically anything in the vault is theirs for the taking as the sender just wants one thing from the vault.

Of course, Sayid’s complication sends a read receipt back to the sender… so someone knows they’re coming…