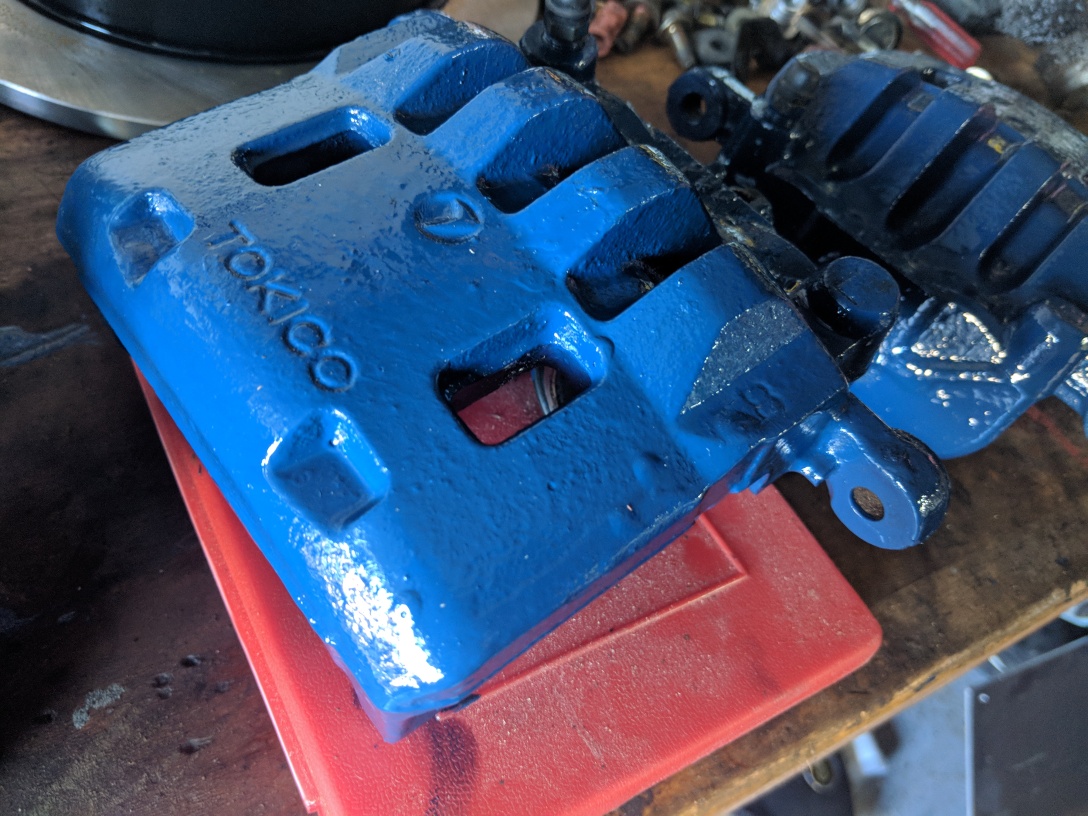 Three day weekend and I’d recently taken some PTO the week before to have a five day weekend, so I’ve made some progress! Not as much as I’d like of course (never is), but I did get quite a few things done now that I’m thinking it through.

The five day weekend started out perfectly, as I was heading out the door for work, I hopped in the truck and the starter just went ‘click.’ Super… I’d just replaced the battery so it was feeling a bit ominous. I wasn’t entirely wrong, that said, I was a bit fed up, so I went to CarMax and we now have a lovely Ford Escape! I’m actually really pleased with it. We got the Titanium edition and it only has 30,000 miles, so it should be good and reliable for a while. Also it has lots of very fun gadgets and buttons like it can parallel park itself! 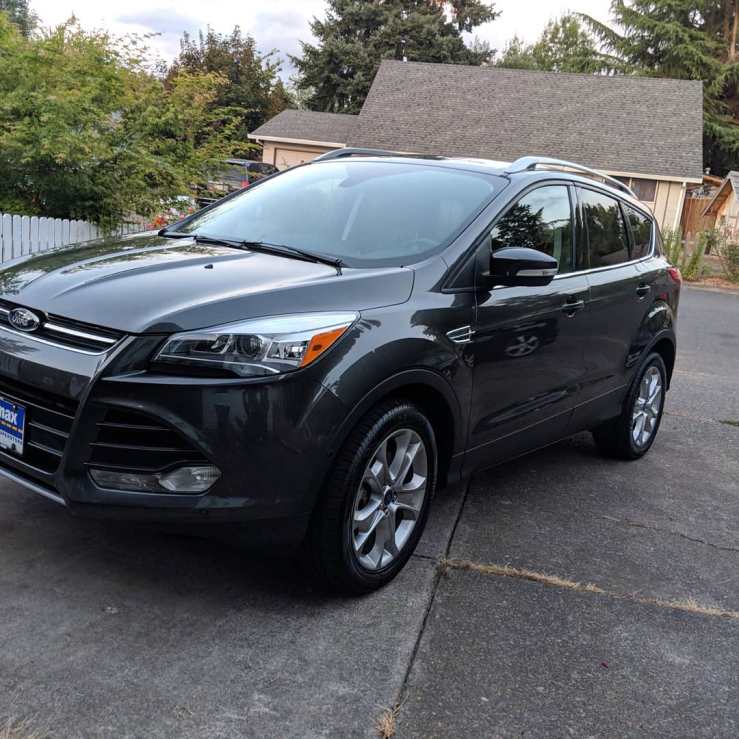 As to the 818, I did fully install the gas pedal and partially install the seat belts. I also started prepping the calipers for paint and started painting the rotors. That said, I did spend probably full two of those days on house projects as we installed two new windows and did a few other things about the house. We’re working on downsizing how much stuff we have, so we’ve been moving things around and listing stuff on craigslist… Anyone looking for a big set of Victor welding gear? 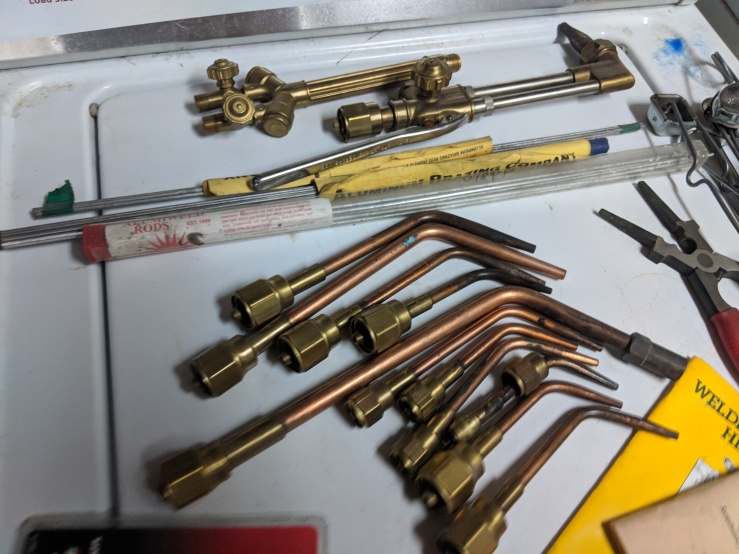 This last weekend though, felt like a ton of progress! Probably about the same amount of work though…

Rear Suspension! Almost all there! I do think I lost one spacer, I found one that looks to fit, but I may have to fabricate one up later. 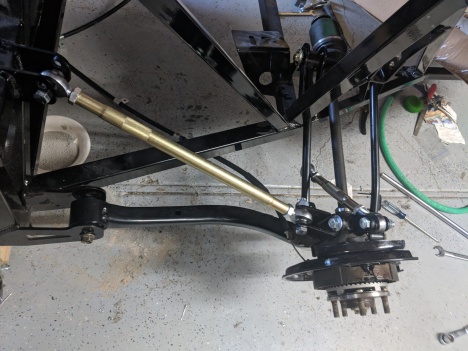 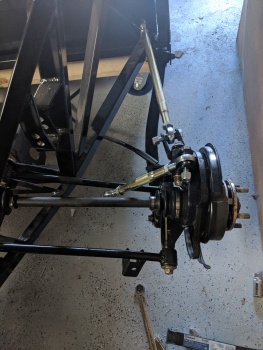 Brake calipers and rotors! Paint completed, should be fully cured by tomorrow morning and then I can install the brakes! 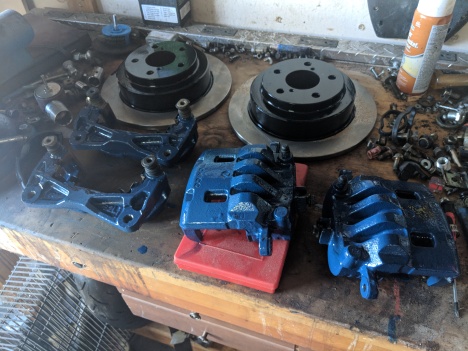 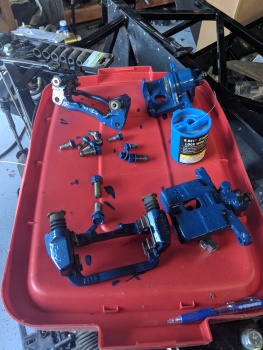 Oh and the seat belts have their sheet metal covers on, although I haven’t figured out where the bottom part of the belt bolts on. So that is a bit confusing. Unfortunately I also discovered something that I had not realized before. The 818’s seat brackets are not adjustable by nature. They’re just drill thru for your size and bolt down… So that’s got to change. Doing some research I think I may actually be going towards chucking the WRX seats which are pretty bog standard ones and going to the pick n pull or craigslist to hunt for electric seats with heating, etc. I mean this thing’s going to be a daily driver. I want it to be comfortable and livable.

So progress! I think I’m roughly on page 200ish, and if I had to put in an estimate I’m well over halfway to Go Kart mode. I think if I do end up sending the motor out to get reassembled I could probably be there in the next 3 months…and I’m feeling pretty determined at this point. Had a lot of set backs and loss of motivation over spring and summer, but winter’s on its way and cold weather is a great time to work on projects!